Are metal-ceramic restorations still in style?

It would seem that metal-ceramic restorations are becoming old-fashioned. At least that is the impression one gets from reading professional journals and browsing through the topics of dental congresses. However, does this really correspond to the actual situation?

Metal-ceramic materials serve as the “backbone” for veneering procedures in the dental laboratory. Despite or as a reaction to their more vocal all-ceramic competitors, PFM ceramics continue on a successful course. Metal-based ceramic restorations have firmly established themselves in dental labs over the past 50-odd years. In the United States alone, about half of all the crowns and bridges fabricated involve PFM restorations. 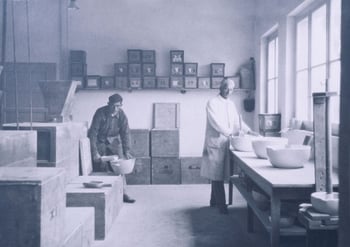 The first attempts to find a way of permanently fusing ceramics to metal substructures were made in 1728. In 1889 came the possibility of firing ceramic materials on platinum foil. It would take another 80 years, however, before today’s conventional PFM ceramics entered the market. At the beginning of the 1960s, the esthetic benefits of ceramics and the strength of metal substructures were finally united. At that time, it was discovered how to successfully fuse porcelain to metal, and the porcelain-fused-to-metal technique was developed. A short time later, the dental manufacturer VITA introduced the first PFM system to the European market. The development of the VITA Lumin Vacuum shade guide enabled tooth shades to be accurately selected and reproduced in ceramic restorations. PFM ceramics had a number of advantages over the resin laminate veneers that had been used until then: for example, a gap-free bond, high bond strength, high esthetics, tissue compatibility and tooth-like strength. New precious metal alloys in addition to non-precious metal alloys were introduced.

Over the years, the manufacturers of PFM alloys have had to overcome considerable challenges: For example, they had to find a way of constructing the restoration frameworks, which would compensate for the physical properties of the ceramics. In order to prevent fractures, the chewing forces had to be absorbed. This factor had to be taken into consideration when the framework was constructed. In addition, ways of speeding up the framework construction process and saving materials (alloys) were also explored. Prefabricated bridge units (Inzoma technique), which would ensure the best possible distribution of compressive and tensile forces, and hollow bridge pontics represented new approaches to increasing the efficiency of metal framework production. 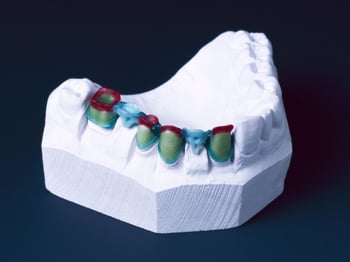 In 1982, Ivoclar Vivadent was one of the first dental manufacturers to launch an integrated PFM system including metal alloys on the European market. The ITS metal-ceramic system comprised feldspathic ceramics which were compatible with various low-fusing alloys. From this stage onwards, other companies also started to develop and improve this type of product system.

In the 1980s, efforts were focused on refining the layering technique with the aim of faithfully reproducing natural tooth structure. Numerous innovations gave dental technicians more scope in which to use their creativity. A variety of shade determination systems were introduced. At the same time, the reconstruction of the anatomical shape of teeth gained in importance. Previously, the industry had tended to concentrate on the materials themselves. But now, the importance of morphological design of the teeth was recognized. As a result, the individual characteristics of the teeth and special optical properties were increasingly integrated into the layering schemes.

In the early 1990s, the Golden Gate system (Degussa/Ducera) and the Carrara system (Elephant) offered the possibility of joining gold-containing alloys to low-fusing ceramics. The systems comprised typical crown and bridge alloys which had a considerably higher CTE compared with the previously used alloys.

In the second half of the 1990s, major changes affected the dental lab business Health policies changed quite dramatically and new manufacturing methods were introduced for fabricating frameworks: for example, CAD/CAM milling and laser melting. Machining techniques started to establish themselves. Nonetheless, PFM ceramics continued to hold their own.

At the beginning of the 21st century, PFM ceramics set the standard for veneers. Dental technicians honed their skills, developed sophisticated layering schemes and created metal-ceramic restorations that showed a lifelike interplay of colours, which still serve as an example today. Simultaneously, the dental industry continued to search for innovations. In 1999, Ivoclar Vivadent launched IPS d.SIGN, a leucite-fluorapatite glass-ceramic which opened new horizons. This “new generation” of PFM ceramics featured a crystal structure similar to that of natural enamel to simulate the appearance of the tooth structure. The properties of brightness and light transmission also matched those of natural teeth. 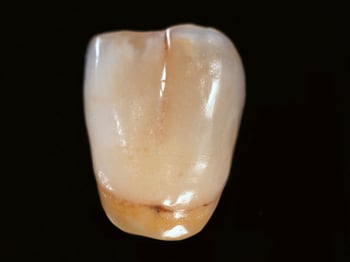 A story without end?

Since today’s laboratories are under immense competitive pressure the demand for easy-to-use products is on the rise. Modern PFM materials and methods are highly sophisticated, and they are well-established in dental laboratories. This is confirmed by the ongoing popularity of PFM ceramics on the market.

The latest PFM materials are close to perfect. What are the consequences to be expected as a result of the ongoing trend towards digital technology and the rise in the popularity of all-ceramics? Will PFM ceramics continue to stand their ground in the future? The history of dental materials shows that whenever a technique’s development potential was thought to have been exploited, new possibilities opened up. With IPS Style, the first metal-ceramic containing oxyapatite crystals, Ivoclar Vivadent has set yet another new standard in terms of processing ceramic and the material’s shrinkage behaviour and esthetics. 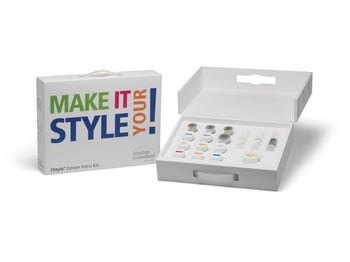 The detailed version of this article was published in the German professional magazine “dental dialogue” 08/2015.

IPS d.SIGN® and IPS Style® are registered trademarks of Ivoclar Vivadent AG. The availability of products may vary from country to country. 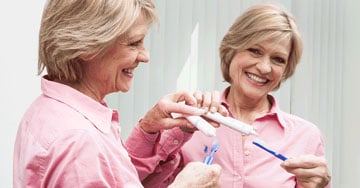 How to increase the compliance with preventive care 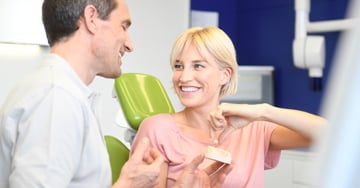 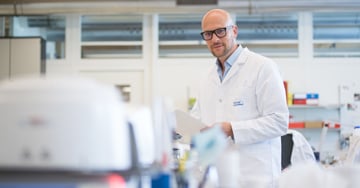 Long-lasting restorations: Considerations dentists should be aware of to ensure the longevity of their work