Participate and win: Looking for the oldest Programat furnace

The Programat brand of furnaces turns 40. Ivoclar Vivadent will celebrate this special birthday with a festive campaign, a variety of promotions as well as a competition with a difference: Participants are asked to find the world’s oldest Programat furnace. The winner will receive a custom-made P710 SE at IDS 2017 in Cologne.

Do you have an old Programat furnace somewhere in your dental lab? What are you waiting for? This competition is for you!

Today, the Programat range comprises three furnaces (P310, P510, P710), which feature somewhat different configurations. Since the introduction of the first Programat P1, these furnaces have celebrated many triumphs throughout the world. Among dental technicians, the name is synonymous with exceptional innovation, easy handling, high quality, as well as with durability and reliability of the firing results. Over the years, Ivoclar Vivadent has added innovative new features to the furnaces for the benefit of the operator.

In 1977, Ivoclar Vivadent introduced the Programat P1 on the occasion of the International Dental Show (IDS) in Düsseldorf (Germany). Prior to the launch, the furnace was rigorously tested on the market for several months. The Programat P1 furnaces boasted an innovative opening mechanism, which allowed the firing table to remain in place. At that time, the ceramic objects were usually conveyed into the firing chamber with a lifting mechanism. Nevertheless, this technology created quite a few problems: Since the firing table sometimes jerked when it was raised, ceramic objects were at risk of tipping or falling. This problem was skilfully resolved in this new furnace with the swivelling furnace head. The firing table no longer had to be moved. As a result, this principle was incorporated into all the future Programat models.

The Programat P710 is the current flagship of this furnace range. It is equipped with a number of unique extras. For example, an infrared camera recognizes the restorations in the firing chamber and measures the temperature on the ceramic objects, and the Digital Shade Assistant determines the tooth shade using digital technology.

Join the search for the oldest Programat ceramic furnace and win a new Programat P710.

Programat technology has made history. Make sure to read our extensive anniversary brochure. 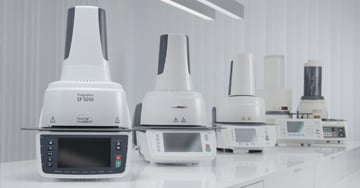 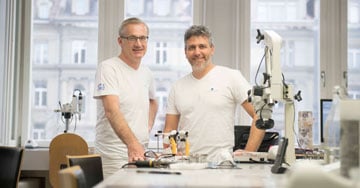 The ideal tooth for implant prosthetics 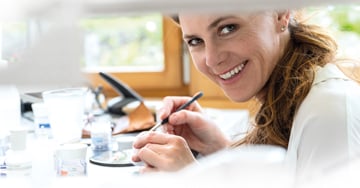